Being a Celebrity Journalist, I find myself not only writing articles but reading tons to keep up with the latest, whether that’s through a magazine, app or online.

I discovered a feature from Glamour a little while back and I loved it so much that I bookmarked it to share with you at a later date!

I’ve taken the basic premise of their piece (Disney + Celebrity = Hairstyle Inspiration) and created a series of collages to showcase the best examples alongside a supporting commentary. 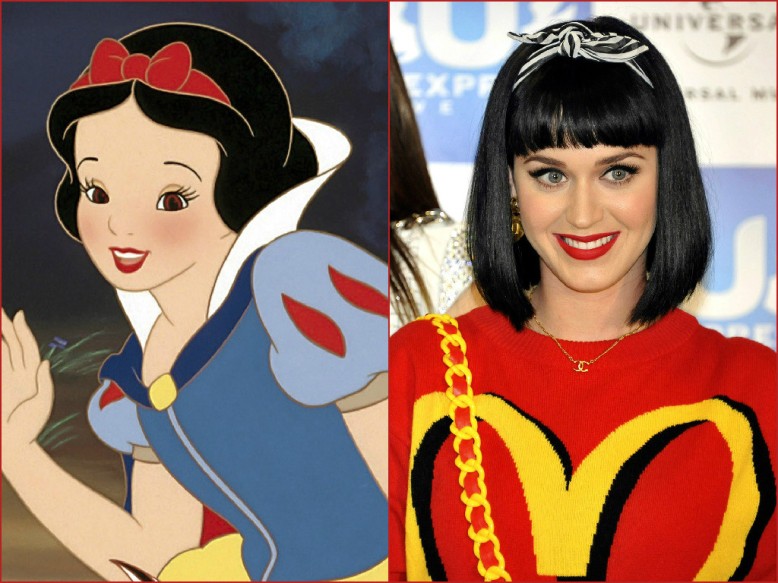 Snow White’s neat ebony bob is completely en pointe this season but what’s a hairstyle without accessories? Her bow matches her red rose coloured lips, which completes this modern style for a 1930’s Disney character!

Katy Perry wears her bob with added bangs but the colour and matching lippie is spot on!

When we see Cinderella magically transform into a princess, her mid-length hair is swept up into a neat bun with more bobby pins than will ever be imaginable… the look is complemented with a baby blue ribbon and enormous diamond earrings.

Nicole Richie had her Cinderella moment by piling her thick ombre hair on top of her head and into a chunky bun, similar to the animated character, she let her fringe graze her eyebrows with oversized earrings either side. 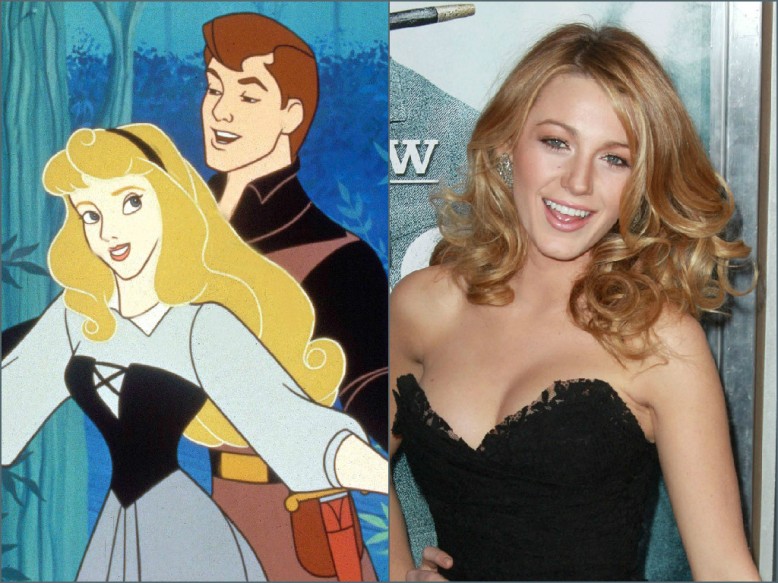 This might be one of the easier Disney princess hairstyles to recreate, as Aurora’s iconic hairdo features tumbling, perfect curls.

Blake Lively pulls off the voluminous curls wonderfully. If there were ever to be a live action remake of Sleeping Beauty, I’d hope that she would be one of the first in line at auditions!

Ah, my favourite Disney princess of all… Belle! Thankfully, her famous half-up-half-down hairstyle is fairly easy to recreate!

Ariana Grande often sports this look, which sees her long tumbling curls cascade down her back and over her shoulders. I’m looking forward to seeing Emma Watson’s take on the classic ‘do when she transforms into the beautiful heroine for the upcoming live action re-telling of Beauty & The Beast (2017).

Jasmine’s hairstyle is a really fun one to experiment with; you just start with a straightforward ponytail and continue to add elastics to segment each section all the way down.

Maria Menounos is an absolute pro’ when it comes to Jasmine’s hairstyle, although she opts to use invisible elastics, which helps to bring the look into the 21st century!

Here’s one that you might have been waiting for… a reason to pop on a dazzling tiara!

Whilst the tiara might be the centrepiece of this classic hairstyle, the loose curls around Tiana’s face make it super pretty.

If you’re not an animated character, this might be a little bit more difficult to bring into reality but Leighton Meester is almost there with her Tiana-inspired up do, don’t you think?

I love Merida’s wild and untamed red curls because they perfectly match her feisty personality – and it also looks effortlessly beautiful!

Rachelle Lefevre’s gorgeous tresses are a close match to the Brave star, though perhaps a few more products were used to keep her mane tamed…

Anna’s hair is prim but pretty, it might look simple but there’s A LOT going on – there’s a halo braid, bun and fringe, which is all accessorised with a ribbon.

It seems that Florence Welch’s stylists were up to the challenge, as her hairstyle is nearly identical, even the colour comes close! 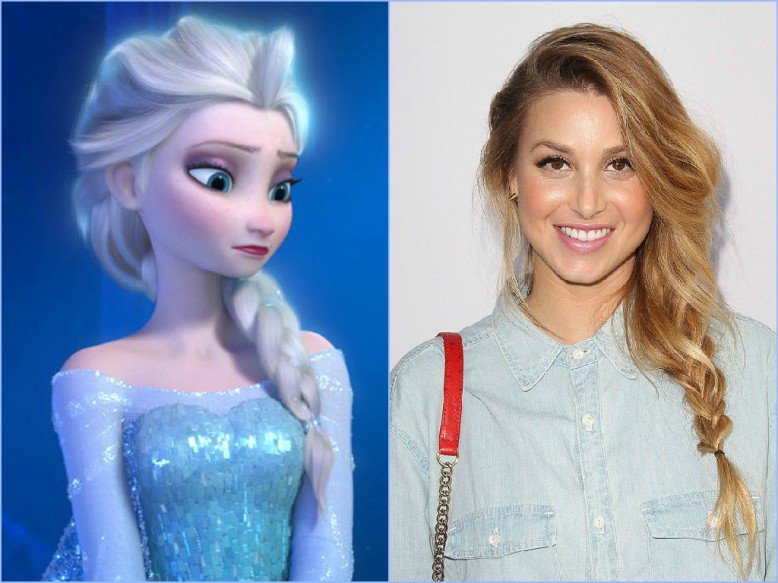 Elsa’s thick sideways plait has quickly become one of Disney’s most iconic hairstyles, as it symbolises the moment that she “Let It Go” to share her secret with the world.

Whitney Port attempts the not-so-perfect plait with wispy waves delicately framing her face. That swept back fringe looks very ‘Elsa’ to me!

Which of the Disney inspired hairstyles is your favourite?